The implementation of the MyDIGITAL blueprint is critical for Malaysia to achieve its 4th Industrial Revolution goals and the targets set in the 12th Malaysia Plan to spur economic growth. The rollout of the 5G infrastructure is a key pillar towards this objective and 5G is no longer just about telecommunications and mobile network operators like 2G, 3G and 4G but a basic utility like electricity and water that is essential for quality of life and livelihood.

The primary motivation for the Government in opting for a 5G single wholesale network (SWN) approach to implement 5G nationwide is as follows:

If it is accepted that these are important policy objectives, then it cannot be left to the private sector to implement at its pace, driven by profit motivations.

It must not be forgotten that the Pakatan Harapan proposal which was in substance reiterated in the National 5G Task Force Report and the Malaysian Communications and Multimedia Commission’s (MCMC) “Final Report on Allocation of Spectrum Bands for Mobile Broadband Service in Malaysia” published at end-2019 was inordinately delayed in its implementation as a result of posturing by the proposed consortium members. There was no urgency in the MNOs to implement 5G as they were content to further sweat the 4G network that they owned and were making substantial returns from. Malaysia continued to slip behind its ASEAN neighbours in 5G rollout with its attendant adverse consequences to foreign direct investment (FDI) that relies on telecommunication infrastructure and gross domestic product (GDP) growth in Malaysia.

The 5G network requires more spectrum and in broader bands than 4G, and that is only going to increase over time. It is undisputed that the Multi Operator Core Network (MOCN) model adopted by Digital Nasional Berhad (DNB) is the most efficient way to use the spectrum allocated for the 5G network. It is important to also note that the Government did not ever auction spectrum for use by MNOs for 2G, 3G and 4G, and many of the MNOs were given spectrum assignments for nominal payments which benefit was not passed through to the consumers, as is apparent by the charges for these services when compared with charges by operators in countries where spectrum was bought by operators in government auctions.

Much has been said about the SWN being a monopoly and not conducive for competition. This comes from a misunderstanding of how the SWN works. The Radio Access Network (RAN) which comprises the radio equipment for the 5G network is used by DNB to deliver wholesale capacity and coverage to all MNOs, MVNOs and other wholesale operators. These parties can then package the 5G services in any way they choose and there can therefore be intense competition in the provision of 5G services to end users. The ability to have network slicing in the 5G network further enhances the ability of MNOs and MVNOs to provide bespoke solutions to enterprises, again enhancing competition. For example, in the UK, the best innovations in 5G have consistently come from new players and not the incumbent telco operators.

DNB is also said to have the risk of single point of failure as a SWN. In this regard, DNB has adopted a “no single point of failure design” where there are redundancies built-in, in accordance with global standards. DNB has designed and is implementing a fit-for-purpose 5G network with a modular and flexible architecture, end-to-end security and resilience, and the network is monitored round the clock. In addition, as DNB's 5G network is integrated to existing MNO's 4G networks, where customers would immediately and automatically fall back to the existing 4G network, as they do when they are not in 5G coverage area. As such there would be no loss of connectivity.

Lastly DNB is totally transparent in its pricing for the provision of 5G capacity and coverage. The detailed business plan for DNB utilising a cost recovery model is scrutinised by MCMC and the pricing must be approved by MCMC. DNB must publish its standard pricing and non-price terms for the provision of 5G services to any access seeker. It is absolutely incorrect to allege that DNB has the opportunity to make monopolistic profits.

The case for an SWN is very strong. Whether it should be owned by Government or a consortium of MNOs is secondary. The Government’s preference was for a neutral party to implement the SWN so that there will be no conflict of interest that will affect the timing and extent of the rollout of the 5G network as the consortium members also own the retail network.

Certain quarters have suggested that the Government should consider a second wholesale infrastructure provider, which consists of MNOs. DNB would like to emphasise that there will be enormous implications should the Government decide on having a dual wholesale network (DWN). It is highly unlikely that DNB in its current form will survive, should there be another wholesale network provider. With the failure of DNB, the second wholesale provider will then eventually become a private SWN monopoly. There are also financial, legal and reputational implications for the country and the Government should DNB be discontinued. Firstly, Government will be subjected to pay substantial amounts of claims and compensation, including early termination penalties of various types of contracts, for the entire operations of DNB. Furthermore, the reversal of the SWN decision will have a serious impact to the credibility of the Government and the inflow of FDI especially investments in the high-impact technology sector.

We also acknowledge that a 100% Government-owned entity may be less efficient in the long-term. As such, DNB has always proposed, which is known to senior officials and management of MNOs, that the Government is open to reducing its stake in 3 years, after 5G is rolled out, so that MNOs can become shareholders of DNB. It is not practical to open the ownership now as DNB has adopted a cost recovery and supply-led approach to accelerate the implementation of 5G network at lower cost, with specific focus on narrowing the urban-rural digital divide as intended by the Government.

We have dealt with the main issues as we perceive it above but enclose herein a detailed response to all the questions raised by YB Dr Ong Kian Ming:

1.     The rationale for adopting a SWN for 5G rollout

2.     The relevance of spectrum auctions in Malaysia

3) The only other country in the world that is using the SWN model for 5G rollout is Mexico, through a 100% owned government entity called Altan Redes, which was given the responsibility of deploying a 4.5G network infrastructure as a path towards full 5G rollout. In July 2021, this company filed for bankruptcy because it was not able to meet its rollout targets and secure enough customers. Why is the government confident that DNB will not suffer the same fate as Mexico’s 100% government owned SWN entity?

4.     The rationale for SWN rollout by a neutral party

As to the question on being able “to deliver the lowest 5G rollout and operational costs compared to a model with multiple telco players owning the 5G spectrum with the responsibility of deploying their own 5G infrastructure”:

5) There have been accusations that the eventual winner of the 5G contract awarded by DNB was not the “best” bid among the list of bidders. Is DNB willing and able to release the full details of all the bids which it received and explain the cost and technology advantages of choosing the eventual winner?

6) In a zoom briefing with selected MPs conducted by DNB in July 2021, the total costs of the 5G rollout were RM18.9 billion. In a briefing given to all backbenchers in December 2021, the total costs had been reduced to RM16.5 billion but with a different breakdown (RM12.0 billion in infrastructure costs and RM4.5 billion in corporate costs). Can DNB explain the changes in these cost estimations and provide a more detailed breakdown of the estimated infrastructure as well as corporate costs in the interest of transparency?

6.     DNB’s rollout costs and engagement of Bumiputera and Malaysian firms

7) One of the issues which DNB highlighted in their presentations to the MPs is the uneven rollout of 4G coverage in the urban areas and also many rural areas. How will the SWN model ensure that there will be proper 5G coverage in the urban areas in the fastest time possible and how will the 5G deployment be rolled out to the rural areas in a manner that significantly improves on the current 4G deployment?

8) Since there will be a concurrent expansion of 4G coverage under the JENDELA program as well as the 5G rollout under DNB, what are the steps currently being undertaken by the government to ensure seamless coordination between 4G expansion and 5G rollout in both the urban as well as the rural areas?

9) The existing telco players are concerned that because access to the 5G SWN is solely under the control of DNB that they will be charged “unfairly” for access to this network so that DNB can earn excessive profits including the use of some of these profits for 5G deployment to less densely populated rural areas. What is DNB’s response to this specific concern expressed by the telcos?

9.     DNB’s pricing to MNOs based on cost recovery model approved by MCMC

10) If the 5G network is controlled and operated by DNB, would this mean that it would be more difficult for telcos to compete based on the speed and quality of data delivery over the 5G spectrum since DNB promises fair and equal access to all telco players?

10.     SWN in fact enhances competition for the benefit of end users

11) Some have asked for another network infrastructure provider to partner with the current provider to reduce the risk of deployment failure and to increase the speed of 5G expansion. Is this proposal something which DNB and the government of Malaysia is willing to consider?

11.     Tweaking the SWN model now will result in another demand-led MNO provider

12) DNB has set certain 5G rollout targets for itself and the selected network infrastructure provider including for the end of 2021. Will DNB report its 5G rollout progress publicly, on a monthly or quarterly basis like what Jendela.my is doing via its quarterly reports?

13) If the Government of Malaysia were to change the current SWN model with 100% government ownership of DNB to another model (whether it is a single consortium model or a model with multiple license holders rolling out 5G on their own), what will happen to the existing contract signed with the network infrastructure provider already selected? Will this have any impact on foreign investor confidence especially vis-a-vis the sanctity of contracts signed by the government with the private sector, especially those involving Multinational Corporations? (MNCs)

13.     Abandoning the SWN midstream will be at great cost to the Nation

14) If the SWN model were to be replaced with a model where the telcos will be primarily responsible for the rollout of the 5G infrastructure, how will the ownership of the 5G spectrum be allocated among the telco players?

14.     Spectrum allocation to be determined by Government

15) Finally, if the SWN model were to be changed and different / additional infrastructure providers are selected for the 5G rollout, how will existing security concerns on the 5G infrastructure be addressed especially from a network hacking and slicing perspective for stand-alone and non-standalone 5G systems?

15.     Security and network resilience is embedded in DNB’s design philosophy

Stay tuned for the latest news from us 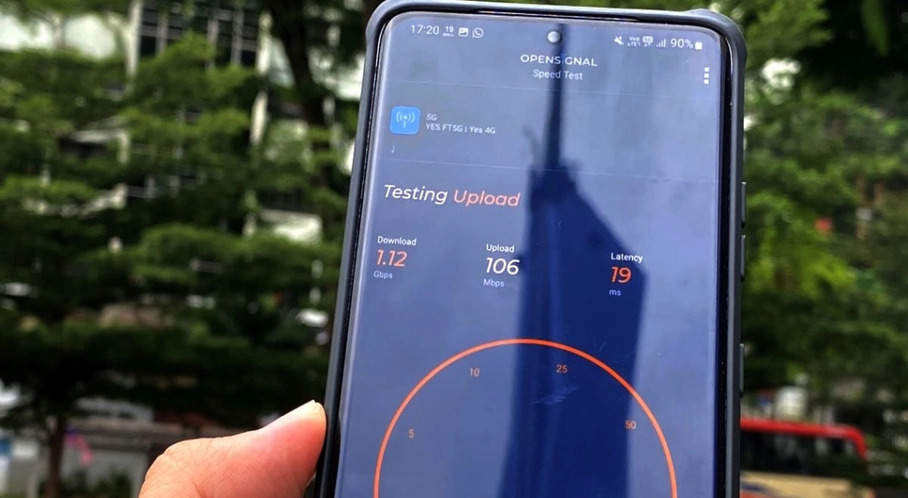 Opensignal awards Yes as Malaysia’s top telco for availability, but what does that mean? 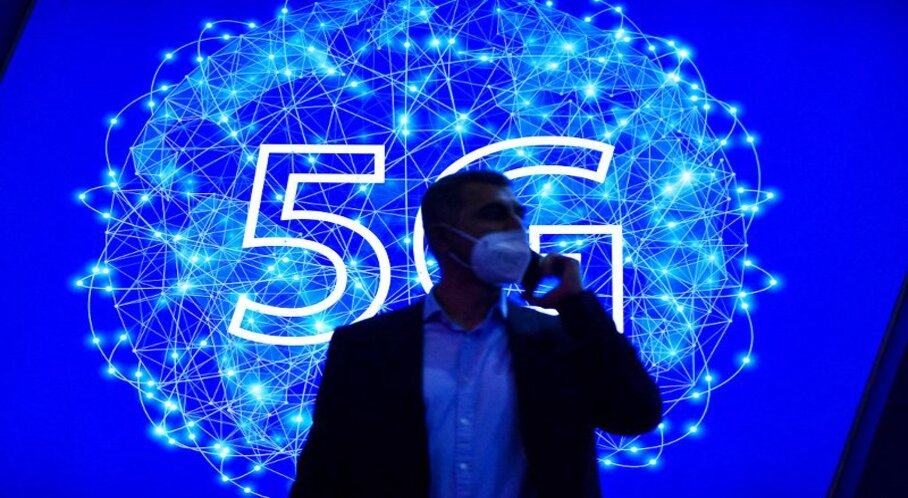